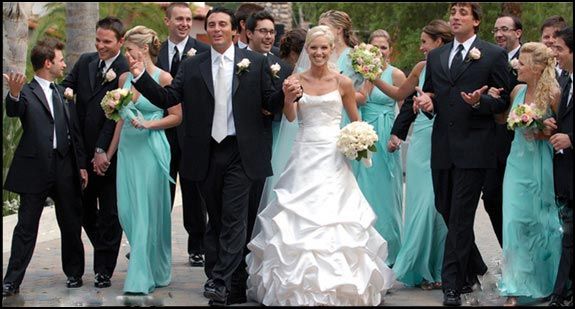 Look, I realize wedding/formal party bands can get stuck in the mud from time to time, but au contraire when taking in the Recliners. These post modern-power-loungers thrust the swing-bossa-samba-disco rock your way. It’s always a party.

Originally from Austin, this band now calls Florida their home base. This band gets every generation from Virginia to Texas swinging with smiles, so it is only fitting both territories are covered.

Everything you could possibly want in a band is within the Recliners. As the Recliners put it, for over ten years they have entertained young and old, from tuxedo-ed to tongue-pierced, from debutantes to dirt-bikers.

The Recliners will light up the dance floor with the old standards and groovy new grooves, so hold on to your hats Shockoe Slip. Here come the Recliners.

The Recliners have performed for many corporate clients including:

Entertainment for a Wide Demographic

In over 20 plus years of existence,
The Recliners have entertained them all:
young and old, tuxedo-ed or tongue-pierced,
in taffeta or tattooed, debutantes and dirt-bikers.

From "Reclinerized" Lounge sounds to

make The Recliners an "in-demand-cover-band". 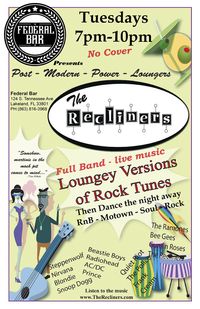 Join The Recliners in the back room speakeasy “The Bureau” for Martini Tuesday! 7pm

Join The Recliners in the back room speakeasy “The Bureau” for Martini Tuesday! 7pm

Saturday at The Pink Piano